Attack of the Mannequins

I understand that there are such things as freak accidents, and that you have to look out for yourself, but a lot of these things sound like frivolous lawsuits, people trying to make a quick buck.  It just seems alien to me the lengths some people will go to.  And besides that, how do you show your face in public after claiming that you were attacked by a display mannequin?

Mannequin in Suit — Lawsuit, That Is
Westminster woman sues J.C. Penney after she and the dummy clash over a blouse.
By Roy Rivenburg, Los Angeles Times Staff Writer
August 18, 2006 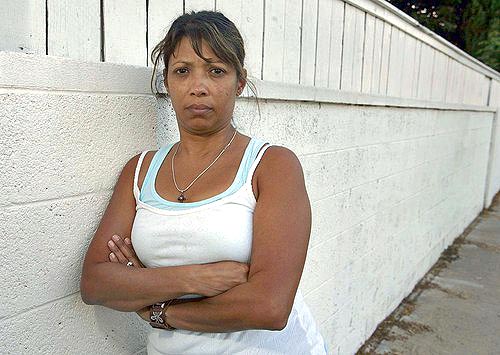 PLAINTIFF: Diana Newton, 51, says in her lawsuit that she suffered a cracked tooth, recurring shoulder pain and numbness in her fingers after a mannequins arm fell off and struck her. (Alexander Gallardo / LAT)

“Attack of the Mannequins” might sound like a horror film title, but, for some shoppers, it could also be a documentary.

Diana Newton, 51, of Westminster sued the J.C. Penney Co. last month after she was allegedly thwacked on the head by a department store dummy.

Newton said she was ambushed by a legless female mannequin at the company’s Westminster Mall store, a skirmish that left her with a bloodied scalp, a cracked tooth, recurring shoulder pain and numbness in her fingers.

The alleged attack was the latest in a string of mannequin mayhem incidents nationwide.

“There are a slew of lawsuits like this,” said mannequin manufacturer Barry Rosenberg, who joked that stores should run background checks on dummies before letting them mingle with shoppers.

Most of the cases involved mannequins toppling over onto customers, but an Indiana woman claimed she caught herpes from the lips of a CPR training dummy. She dropped her lawsuit against the American Red Cross in 2000 after further tests revealed that she didn’t have the disease, according to news reports.

The alleged Westminster Mall incident happened nearly a year ago in the women’s department at J.C. Penney. Newton said she wanted to buy a certain blouse, but the only one in her size was being worn by a mannequin.

When a salesclerk tried to remove the garment, the dummy’s arm flew off and struck Newton’s head, according to her lawsuit, which was filed in Orange County Superior Court and seeks unspecified damages.

“I felt a burning sensation,” she recalled. Then, blood cascaded down her face, she said.

Paramedics arrived and patched her gash. Feeling woozy but stable, Newton drove home, then had someone take her to Hoag Memorial Hospital Presbyterian in Newport Beach for further treatment.

” ‘My mom got beat up by a mannequin’ was the joke around my house,” Newton said.

Her attorney, A. Jay Norton, said the case might sound comical, but he insisted the mannequin inflicted lasting damage on his client.

The blow also cracked a molar, which led to a root canal, she said. J.C. Penney offered to pay the dental bill but balked at covering other expenses, she said.

A spokeswoman for the Texas-based retailer said the company doesn’t comment on pending litigation.

Getting roughed up by a dummy isn’t a slapstick affair. The fiberglass figures can weigh as much as 100 pounds, said Rosenberg, chief executive of Mondo Mannequins in Hicksville, N.Y.

He added that his company had been named in numerous lawsuits by retailers who themselves have been sued over dummy-related injuries.

Mannequin maulings and litigation aren’t new. In 1990, a Florida woman collected $175,000 after a faceless Macy’s dummy fell onto her neck and reportedly injured a disc.

In 1993, a Minnesota woman was knocked unconscious by a falling mannequin at a Dayton’s department store, according to the Minneapolis Star Tribune. She needed five stitches and several chiropractic sessions to recover but didn’t sue.

And in 2001, a Canadian shopper in Vancouver won a $330,000 verdict after a Gap store mannequin landed on her head. Elizabeth Ball was apparently jinxed when it came to store displays. A few years earlier, while shopping at a lighting store, she was beaned by a falling chandelier, according to the Canadian Press.

This entry was posted in Editorial. Bookmark the permalink.