I was fortunate to have had an opportunity to spend some time in New York City during the summer of 2001.  In June I attended a trade show and award ceremony, and spent a full day seeing the city before heading back to visit family in Boston and then I flew home via Washington.

And in September I visited family in Boston again, and then visited friends in New Jersey.  I dropped my friend Preston off at Newark Airport, and then drove back to Boston, where I caught my flight back to Indy.

Five years later, some of the shock, sadness and anger have dissipated – for me, at least.  Yet for many the losses that day had a far greater impact.  My deepest sympathies to all who lost friends and family on that day and in the wars since.  And we all pray for the safety of Charles and all his comrades deployed overseas. 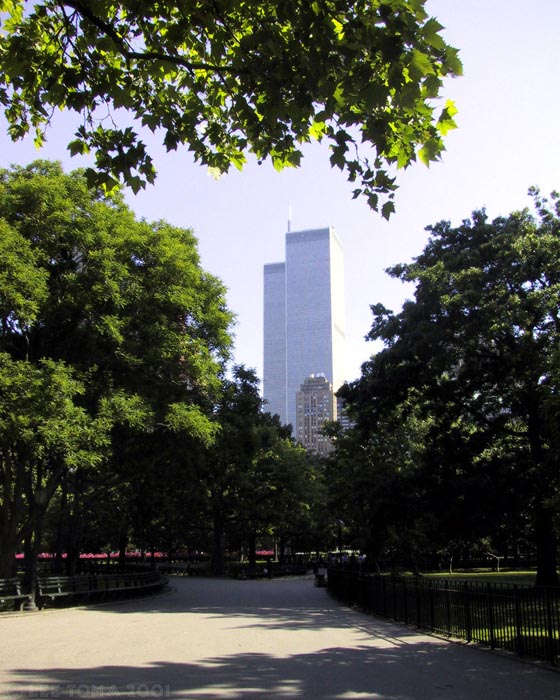 Climbing the Statue of Liberty 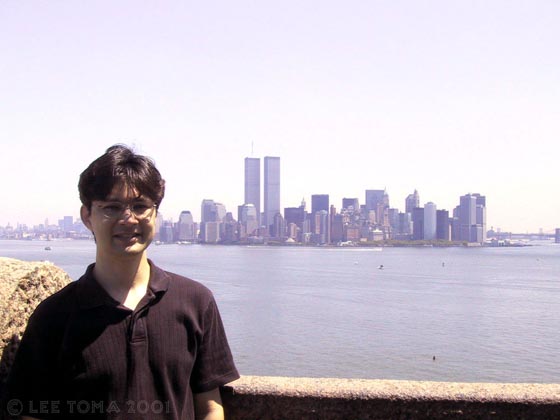 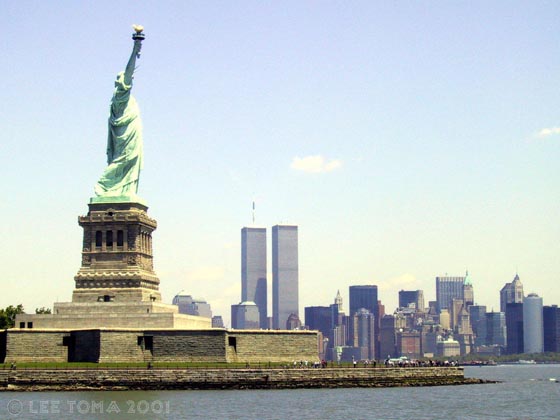 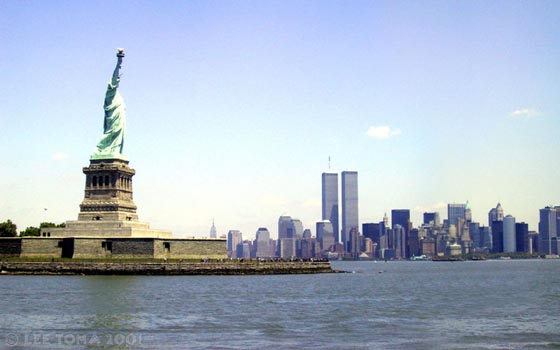 Between the WTC towers 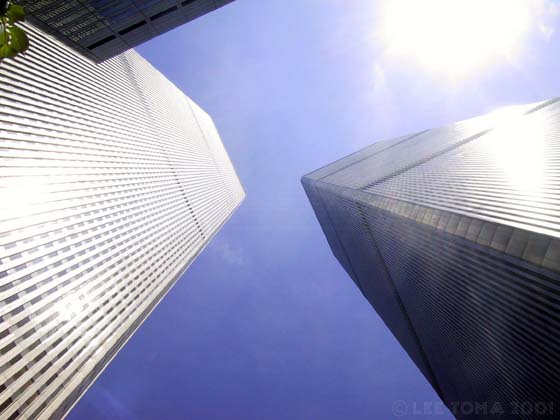 The view downtown from the Empire State Building 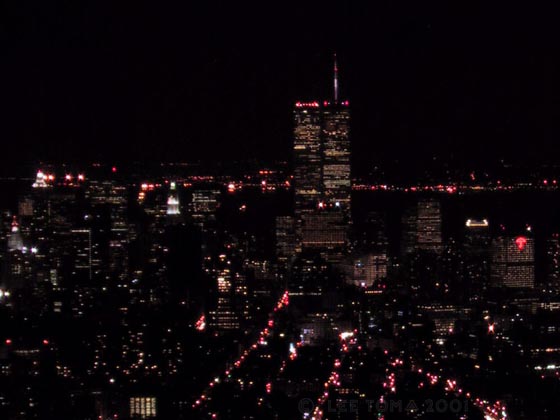 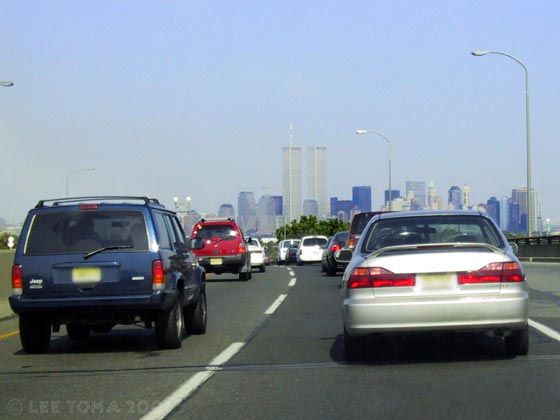 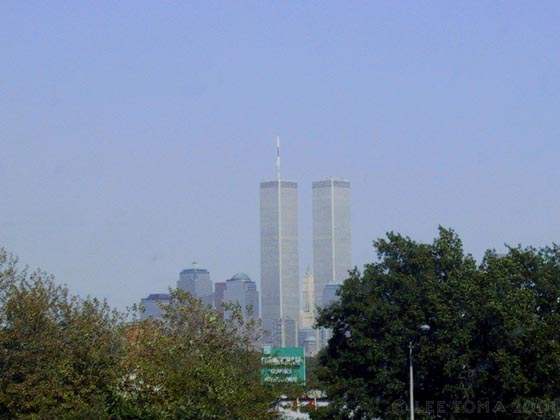 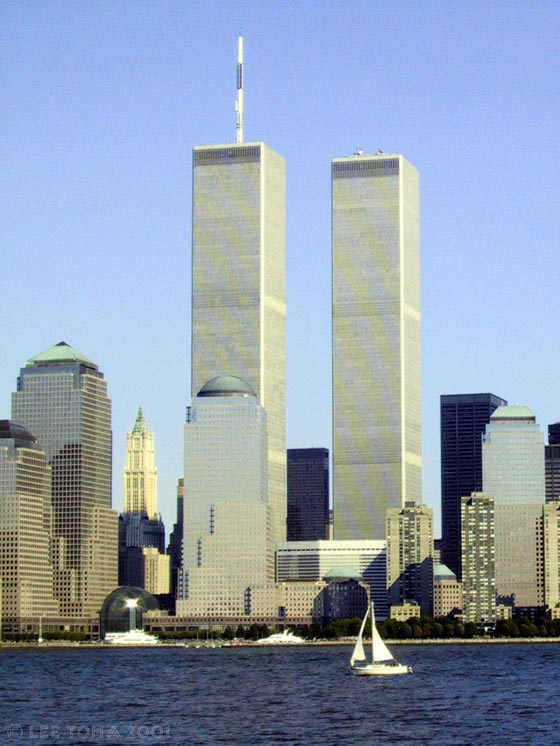 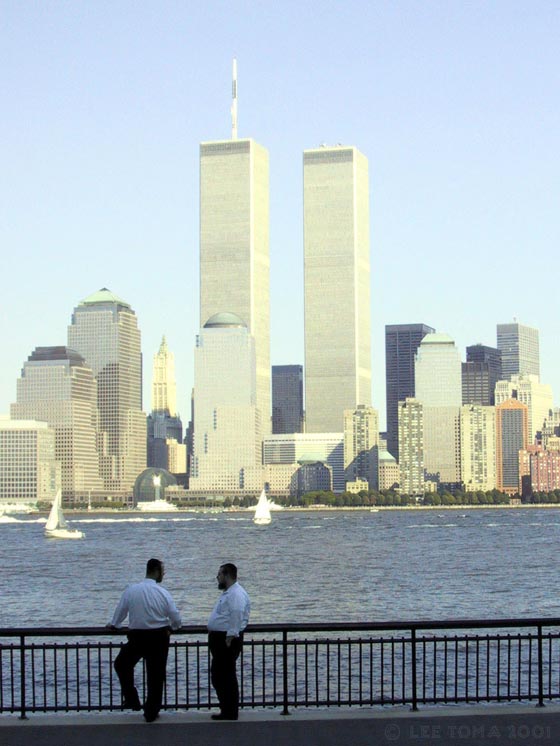 Other purported targets of terrorism, presumably saved by the selfless acts of those on Flight 93:

The Capitol Building viewed from the air – June, 2001 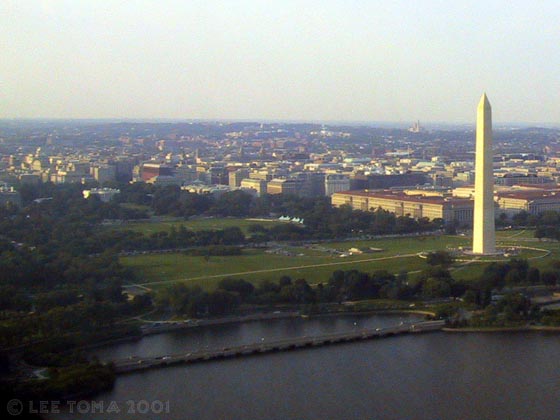 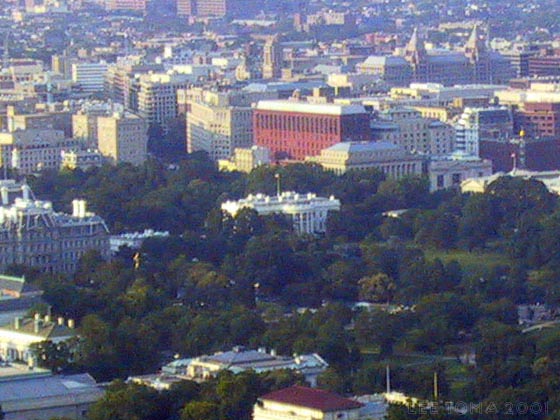 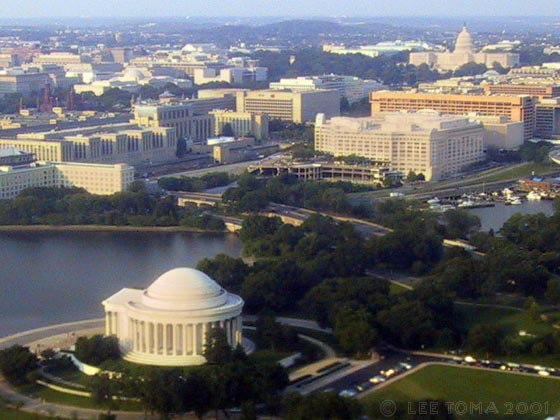 This entry was posted in In the News, Personal, Pics, Travel. Bookmark the permalink.