In July of 2000, I had to take a business trip out to Redding, California to investigate failures of some of our oxygen systems. The investigation was very short, but the point of the trip was more to reassure the customer.

On the plus side, much of northern California is amazingly beautiful. I flew into Sacramento, and drove up to Redding. One evening, I drove out to Lassen Volcanic National Park, where I got to see hot springs, beautiful scenery, deer and foxes. After a brief second visit to the customer, I then headed north to beautiful Mt. Shasta, and then kept going towards Oregon and Crater Lake.

These sites represent the southern end of the volcanic Cascades mountain range – better known for Mt. St. Helens and Mt. Ranier. And while most of you may not be geology geeks like me, you’ll probably agree that these volcanic sites make for some spectacular scenery and some interesting history and folklore.

Hope you like the pics.
Sorry, some of these are from the early days of digital cameras – quality ain’t so hot…

(click on any thumbnail image to go to that photo page)

Deer at dusk in Lassen Park 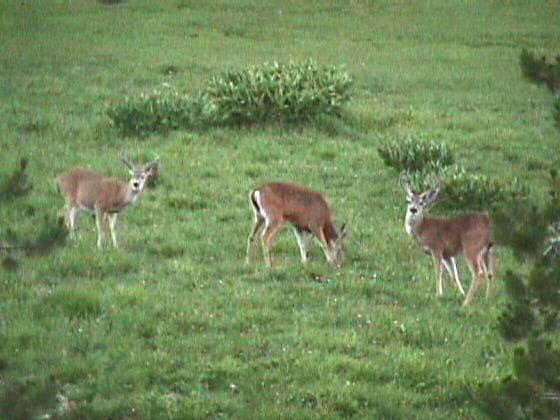 I was parked in the lot at the trailhead to Lassen Peak, when these two foxes came up and started checking me out. I think they were looking for a handout – when they didn’t get one, they went on their way. 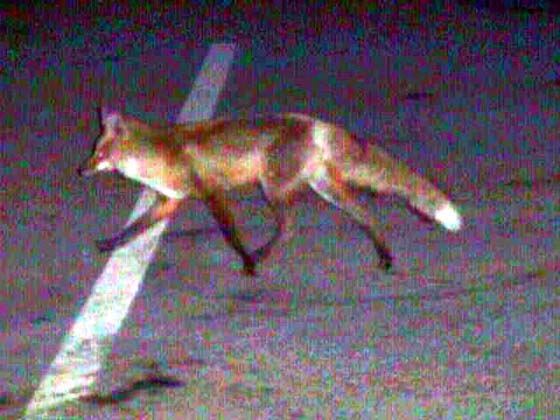 Mt. Shasta – The whole concept of seeing snow in July was totally foreign to me. It took me a while to get used to it. Maybe the novelty of it is why I took so many pics of the mountains? 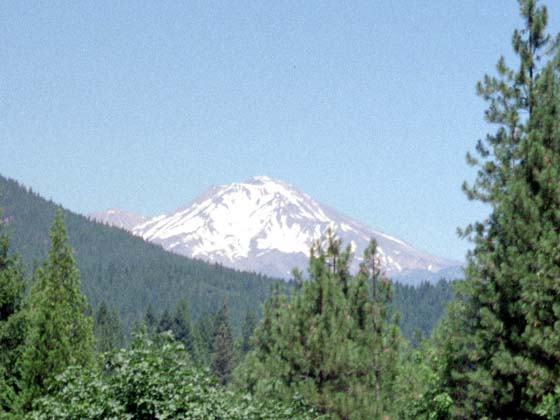 Black Butte is a volcanic cone next to Mt. Shasta. It is young, steep and tall, and it has a bold appearance – you can’t miss it. 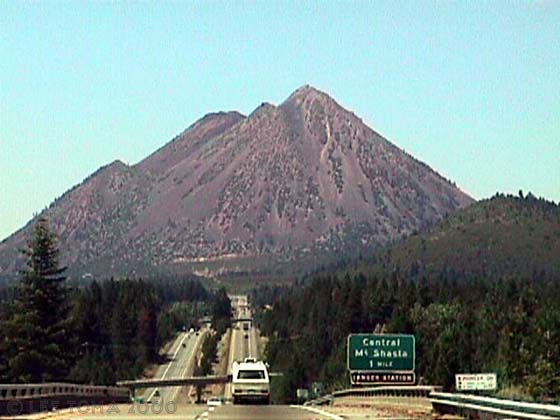 Dirt road leading up into the mountains… Wonder what you’d find up there? 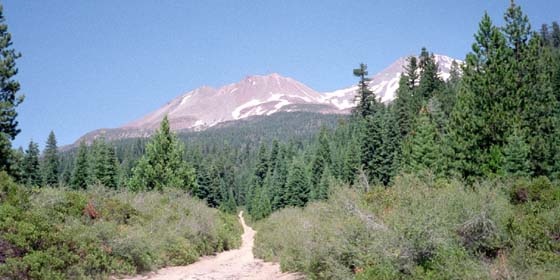 Above the treeline, vegetation barely has a foothold in little crevices. 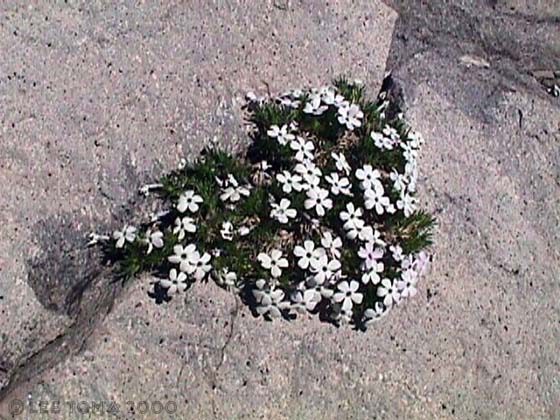 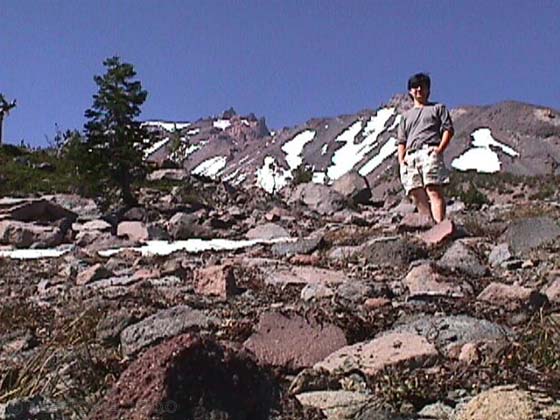 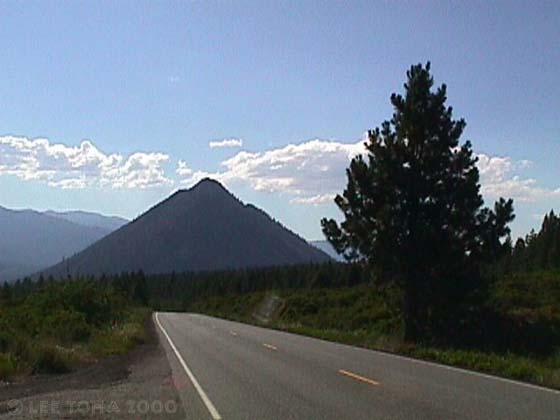 Sunset at Crater Lake in Oregon 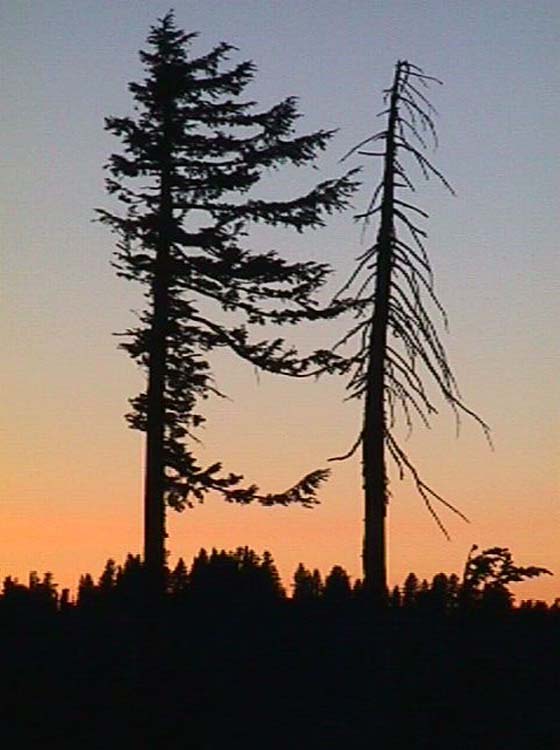 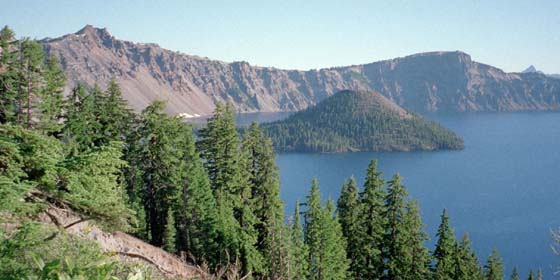 Panoramic view of Crater Lake. Geologists believe that the mountain used to be much taller, about 14,000 feet high (like Mt. Shasta). There was a massive eruption about 7,000 years ago, and when the chamber underneath the volcano emptied out, the top of the mountain collapsed into itself. The resulting six-mile-wide caldera filled with water, and over time, smaller eruptions built up the island volcano, Wizard Island, that you see on the left of the lake.

Detail view of Wizard Island. You can’t tell from this distance, but the island is made up mostly of very rough chunks of rock. It is very rugged and young, and the few trees that grow there have only a tenuous grip on the land.

I thought that lizards liked places that are nice and warm year-round. How is it that they can survive in a place that gets 45 FEET of snow every year? 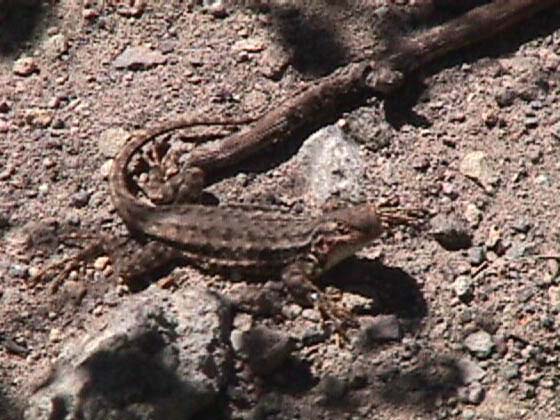 The cliffs on the edge of the caldera rise up to two thousand feet over the waterline. The bottom of the lake is almost two thousand feet below that! Crater Lake is supposed to be the deepest lake in North America. The depth of the water combined with the cold and high purity causes the water to appear crystal clear and the richest shades of blue. You can see different layers in the cliff, showing how the volcano built itself up in many stages. 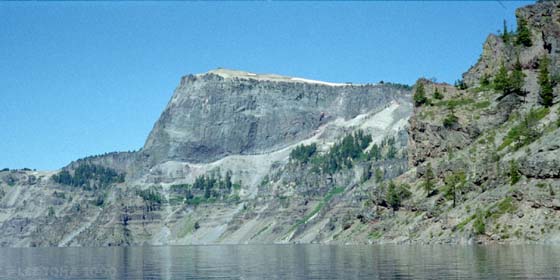 On top of the island 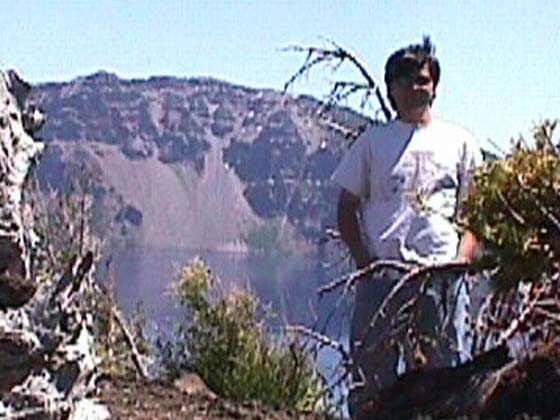 Before Crater Lake formed, this vantage point was about 6,000 to 8,000 feet underground… 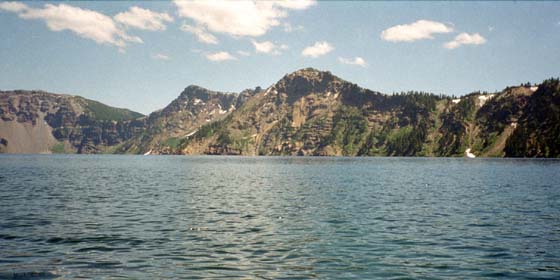 The ‘Phantom Ship’ is an extension of a ridge that juts out into the lake. 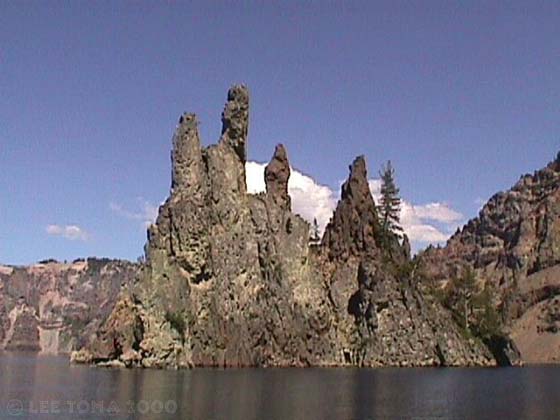 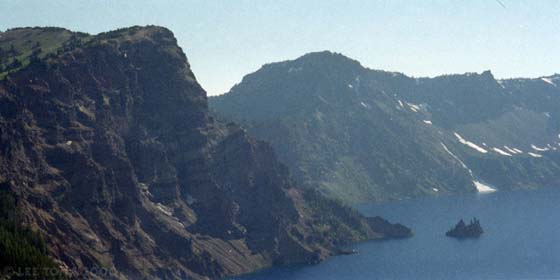 Uh… San Francisco. My travel agent didn’t adjust my itinerary like I asked her to, so I had to drive from Sacramento to SF to catch a different flight home. THE END. 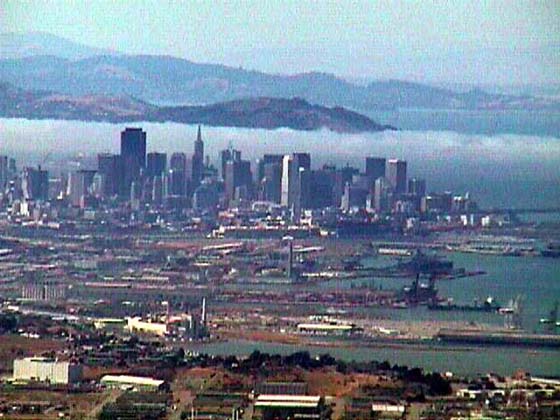 More about the area:

Mt. Shasta Photo Gallery – Great views by people with more skill, equipment and time than I had:
http://www.mtshastaphotos.org/

This entry was posted in Personal, Pics, Science/Tech. Bookmark the permalink.